Numerated & Bank Director Forecast What’s Next in Fintech and Lending 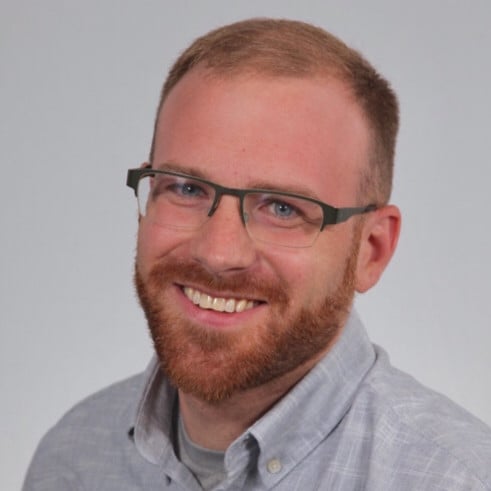 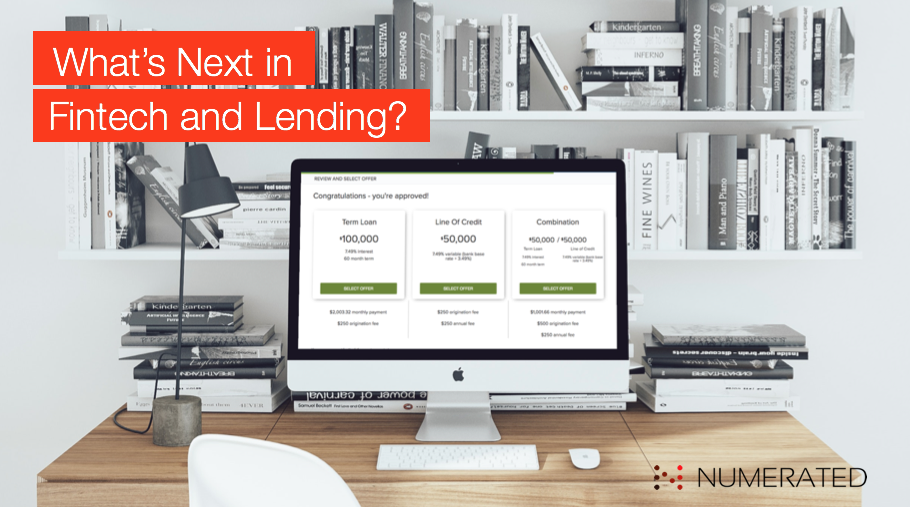 As the digital lending landscape evolves, it’s important for bankers to remember that small businesses want to borrow from banks. It’s just a matter of a bank making it easy for the customer to do so.

This is the primary theme running through Numerated CEO Dan O’Malley’s Dec. 11 webinar, “What’s Next in Fintech & Lending.” Following an introduction by Bank Director Editor-in-Chief Jack Milligan, Dan took attendees through a presentation which outlined the banking landscape, beginning with the aftermath of the Great Recession of 2008 and ending today: where banks currently stand regarding technology and their customers. Below are a handful of takeaways for bankers from the webinar, (which you can download here).

Dan, citing a recent study from the Fed, explained that banks remain the first option for small businesses looking for financing.

“Companies continue to apply – even through all this digital transformation – for loans at banks,” Dan says. “All the survey data says that businesses value the relationship and the service they can get from a local lender.” 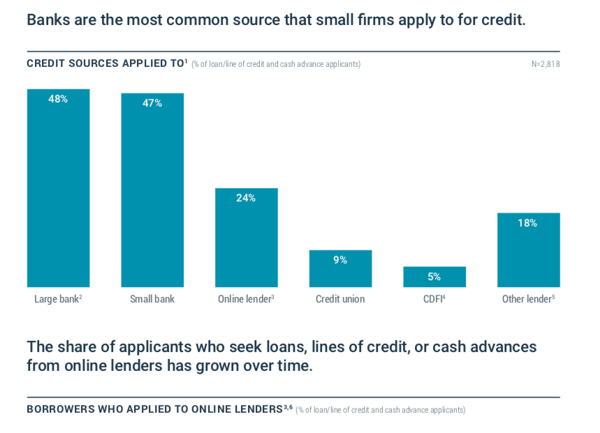 This is an obvious advantage for banks. But Dan caveats this information with a warning: the same Fed survey says small businesses concurrently prefer to borrow from any source that they perceive will give them funding the quickest and easiest.

Still, Dan maintains banks hold the edge. This includes balance sheets that are built for efficient lending, and the ability to offer much better pricing than that of an alt-lender.

“There are structural advantages to lending that you get when you’re a bank,” Dan adds.

Later in the presentation, Dan examines how American Express, Wells Fargo, Chase, Bank of America, and Capital One are driving the trends in digital lending.

“It’s no secret that the world’s largest financial institutions have deep pockets, their own in-house development and engineering teams and large marketing teams, and they’ve tapped these teams to win in business banking.” he says. “It’s really the big banks that are driving the growth in this space.”

He adds that these big banks are using loans as “the tip of the spear” to acquire deposit accounts, treasury services, and to win and retain business relationships up market.

But smaller relationship banks do have a winning formula when it comes to competing with the big banks.

Dan reiterates that businesses want relationships with their bankers. He says 75% of loans with alt-lenders are done with a human being, for example.

“Businesses pick up the phone and call,” he says. “But [with alt-lenders] they’re not talking to a banker in their community that understands their business, they’re talking to a call center in, I really don’t know where.”

The winning strategy beginning to emerge in business banking is when a bank takes the best parts of relationship banking and enhances them with digital tech, Dan says. With the right tools in place, banks today have the ability to underwrite a business in advance of ever sitting down and talking with that business.

This enables the bank to offer a fast, personalized borrowing experience, and is especially true when it comes to the bank’s existing customers – because the bank already has their data.

With the right technology, this data becomes a powerful loan-origination tool the relationship bank can use to fend off national and global FIs. After all, the local bank already has that relationship with its customers.

Digital lending technology should pay for itself and more

Ultimately, digital lending is a tool that should drive growth at the bank.

“I don’t think buying a digital lending platform just to look good in your market is necessarily a good idea,” Dan says.

He adds that banks should consider digital lending tech as an attractive ROI. Bankers should think about how they’re going to sell loans and drive growth to the portfolio while also attracting customers by way of marketing automation.

With the right marketing and sales tools, banks can be proactive in reaching out to customers and getting them back into the bank for their financing.

“Having cutting edge digital tools – that in some cases nobody else in-market has – is hugely valuable,” Dan says.