Numerated Turns Two: A Letter From Our CEO 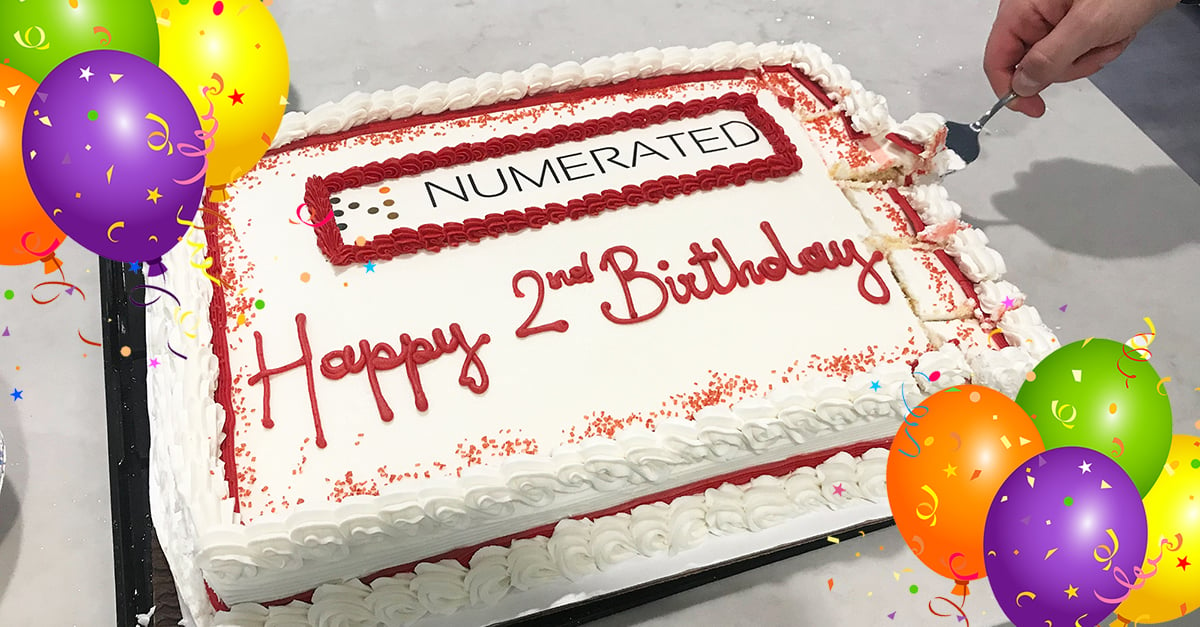 Here’s a stat that, while certainly eye-opening, won’t be shocking to anyone inside of the startup world: In 2019, estimates suggest that a full 90 percent of startups are destined to fail.

Needless to say, I had this stat on my mind the other day as Numerated celebrated its second anniversary.

If I’m being honest, reaching this milestone was a very sentimental moment for me. Creating something from nothing is difficult, to say the least. Especially, when what you’ve built is statistically likely to fail.

And yet here we are, standing strong and growing quickly—working with 15 banks and having decisioned nearly $2B in lending. So why are we seeing this success at Numerated, when so many others have failed in similar pursuits?

The answer is rather simple. As an organization built around giving bankers the tools they need to build stronger, better relationships, there’s a similar mindset we have internally that has allowed Numerated to become a growing success.

And it starts by building a culture of relationships that’s focused on giving people a stake in that success.

While sometimes that means a financial ownership, the far more important part is ensuring that the people that work in and on our business are emotionally vested in the company and its vision. There are only so many hours in a day, and only so much we can accomplish in that time—so why should our employees, customers, partners, investors, advisors, and their support systems spend that time with us?

My hope is, and the last two years have shown me, that the answer to this important question is that Numerated provides an opportunity to have a positive impact beyond our own daily conversations and keystrokes. Numerated has given everyone involved in its success a chance to improve an industry that needs it, while knowing we are helping others who are committed to doing the same.

I see this reflected in conversations, both public and private, that I have on a daily basis. I see it in the social posts our Numerators publish, and the engagement from our community that soon follows. And, most of all, I see it in the feedback we receive from our customers.

I hope everyone here at Numerated, and everyone who touches this organization, knows that they are having a broad impact beyond their day-to-day work, because of the commitment that they and so many others have made to our success.

It’s been an amazing two years spinning this startup out of Eastern Bank’s Eastern Labs, and the people around here have made it possible. As we continue to grow and serve more banks, we hope that you’ll join us in being a part of our success.