Top 5 Takeaways from the State of PPP Report 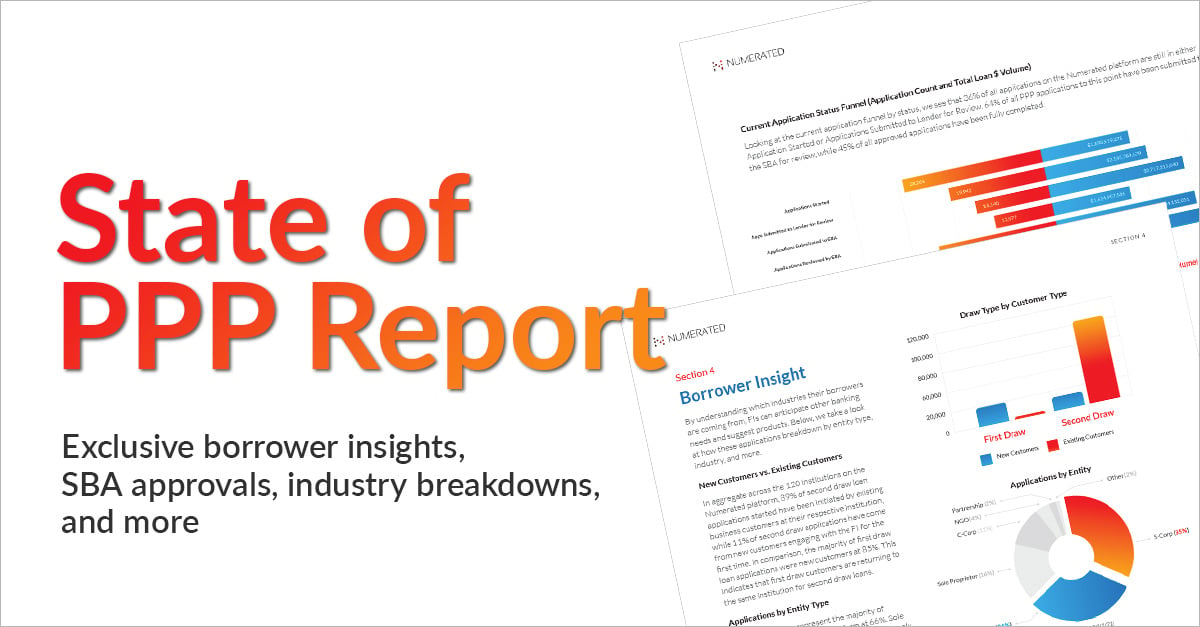 COVID-19 and PPP put banks and credit unions under a kind of stress they haven’t seen since the financial crisis. These events have forced institutions to close branches to lower the rate of viral transmission, while also dealing with a massive crush in demand spurred by government relief efforts.

As banks and credit unions navigate these uncharted waters, having a pulse on the state of the program will help them better prepare for the future. In addition, it allows them to take advantage of opportunities that help them get a leg up on their competition as they move into the new normal.

Our State of the PPP Report is the culmination of a detailed analysis of data from the new round of PPP lending. We have gathered the top five takeaways from the report below. Download the full State of PPP Report here.

The State of PPP: 5 Takeaways Based on Data Through Feb. 1

Here are the top five takeaways based on PPP data through Feb. 1:

Get Further Insights and Analysis on Borrowers, Industries, and More

At Numerated, we’ve partnered with more than 120 lenders during this round of PPP to help them process First and Second Draw loans for their borrowers. Our State of PPP Report is based on an analysis of platform data from the current round of lending and covers more than 133,000 PPP loans, totaling more than $15B in relief funds.

For further details on the takeaways above, and for more insights in addition to the ones mentioned in this blog, download the State of PPP Report, here.