Moneyball Bankers: How Banks Are Identifying, Attracting, and Expanding  Relationships with Data 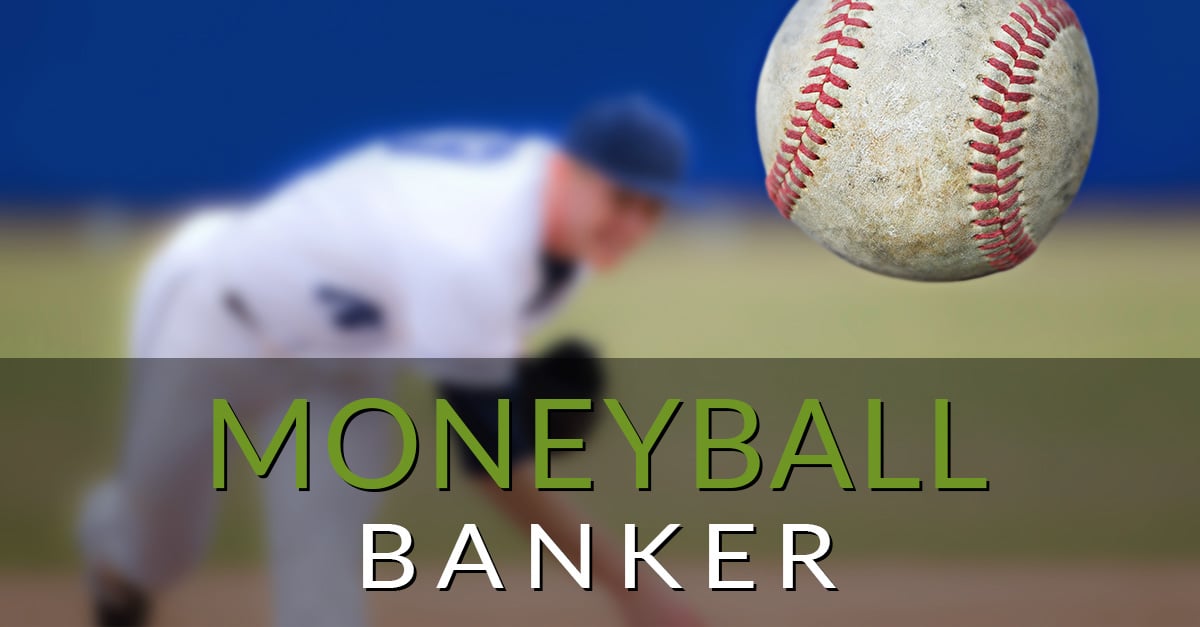 The banking industry is a lot like our national pastime.

Just like baseball compares to other sports, banking is one of the oldest industries in the country. And for more than a hundred years, both have stayed mostly true to their roots.

But if you’ve paid close enough attention to baseball over the last decade, you have no doubt noticed a fundamental shift in how the game is thought about and played.

Where teams once leaned heavily on the experience and instincts of scouts and managers to find and play the right talent, many organizations today have turned away from the traditional model of success and have embraced advanced data and analytics to get the most out of their budgets.

Likewise, successful banks today no longer rely solely on inbound models and their most experienced bankers to drive growth. Rather, they’ve found ways to better leverage data and technology to identify, attract, and cultivate relationships as efficiently as possible—often capturing market share before their competitors even know it exists.

From Gut Feelings to Hard Data

Central to this baseball vs banking analogy are the bankers and scouts, themselves. And, as you might suspect, they too have a lot in common.

Typically, the longer a banker or scout has been in the business, the more experience they have to draw upon, and the more successful they will be at bringing the right people into their respective organizations. While baseball scouts are focused on bringing in players, bankers are focused on bringing in customers—and both are interested in developing relationships that will benefit their organizations for years to come.

But what happens when their competition is no longer relying on traditional success models and instead are trying to win by playing a different game altogether?

In baseball, this shift away from traditional success models is most closely tied to the 2002 Oakland Athletics who rose to notoriety when Brad Pitt played their General Manager Billy Bean in the 2011 film “Moneyball.” The movie tells the true story of a small-market baseball team that is trying to compete with the biggest and most storied franchises, like the New York Yankees, but simply can’t contend with their budget or resources.

Instead, the ‘02 Athletics used advanced baseball analytics—known as Sabermetrics—and applied them to a little something called moneyball theory. Simply put, the team used data others weren’t leveraging, to identify undervalued players who could have a significant and strategic impact on the franchise. Rather than relying on their scouts’ gut instincts and experience as they always had, the Athletics used hard data others ignored to build value for their organization in ways their competition couldn’t imagine.

According to Numerated's analysis of the most recently available FFIEC CRA origination data, in 2017, digital lenders originated $53B in business loans ≤ $100,000, or a whopping 62 percent of the market. On loans up to $1M, they captured 36 percent of the market, or $83B. But what’s most eye opening about these numbers is that traditional banks never really had a shot at capturing this business to begin with.

Because the companies that are issuing these loans don’t have people sitting inside of a branch waiting for their next customer to walk through the door. Rather, they’re cutting to the front of the line by using data and technology to prequalify existing and prospective customers against their credit policies, and proactively reaching out to them with offers that are both timely and convenient.

This is the moneyball approach to banking.

By marrying data—like the data that lives in every bank’s core system, for example—with the right technology to make sense of it, moneyball bankers are able to identify valuable borrowers specific to their institution's lending profile and proactively capture their business before that customer ever considers a different financing source.

But digitally-mature bankers, like scouts, can’t do it all on their own. They need the support of their organizations, and that’s where banks can truly embody the moneyball mentality.

Small-market teams that rely on moneyball to compete with the biggest budgets in baseball can’t pin their hopes and dreams on a single superstar. They need contributions from everyone in the lineup and throughout every part of the organization—from the Majors to the lowest levels of the Minor Leagues.

By investing in the right technology and tools, moneyball banks can help provide the kind of organizational support that made the Oakland Athletics worthy of Hollywood immortalization. Moneyball banks accomplish this by providing their customers with fast and convenient borrowing and banking experiences.

For example, banks already know a large majority of the information that they’ll ask a customer to provide on a loan application. Moneyball banks don’t make customers go through the tedious process of filling out those long forms. They provide shorter applications that ask for the information the bank doesn’t already have, and fill out the rest of the form for their customer, creating a faster, more convenient experience.

And the same can be said about the underwriting process as well. Moneyball banks will make the investment to digitize their credit policies, so they can automate some or all of their underwriting process. This helps them fund loans in minutes rather than weeks.

When the Athletics deployed their moneyball strategy in 2002, few could have anticipated the impact it would have on the sport. While Sabermetrics has been around since the 1980s, no one had ever thought of applying it in the way Billy Bean and his team had.

Fast forward to 2019, and we can see that the moneyball approach has amounted to a paradigm shift in baseball. The 2004 Boston Red Sox—widely seen as a team of destiny for breaking an 86-year-long championship drought—was the product of their General Manager Theo Epstein deploying a moneyball strategy. Epstein eventually moved on from the Red Sox, bringing his moneyball mentality with him, and in 2016 broke a 109-year-long championship drought for the Chicago Cubs.

There are other moneyball success stories too. The 2017 Houston Astros, for example, won their franchise's first ever championship. Three years prior, Sports Illustrated famously predicted the ‘17 World Series victory in a cover story that based it’s prediction on the Astros’ new emphasis on … Moneyball.

And many of today’s most successful banks are where they are because they saw a paradigm shift coming to the banking industry before their competition did—one predicated on changing consumer behaviors and the digital revolution that has touched seemingly every part of our daily lives.

By using data to better understand their customer’s needs and technology to deliver a modern customer experience, financial institutions like AMEX and Capital One were able to create a competitive advantage for themselves that other banks are still trying to overcome. They’re the Red Sox in this story, the ones who were ahead of the curve.

But other banks—mutuals, community banks, regionals, and the like—have recently caught on, and are making strides quickly. Like the smaller-market teams trying to compete with the big-market players like the Yankees and Philadelphia Phillies, these banks are able to compete with the Big Tech companies, alternative lenders, and megabanks that are trying to muscle them out of the market.

Eastern Bank, the country’s oldest mutual bank, for example, was able to leverage data and technology to create a real-time sales experience that led to their rise as one of the top small business  lenders in the state of Massachusetts. Likewise, First Federal Lakewood, a regional community bank, saw their business portfolio grow 3.4X in just two years after adopting the right data and technology—including 67% of their recent bookings from completely new customers to the bank. They’re the Cubs and Astros in this story, applying the moneyball approach they learned from the Sox, and finding similar results.

Just like baseball, banking is changing. Some banks have been quick to figure out the paradigm shift, and are capturing market share before their customers can ever see them. And, if traditional banks want access to the market they can’t see, they’ll have no choice but to play ball.